“Why Not?” Powered Creativity 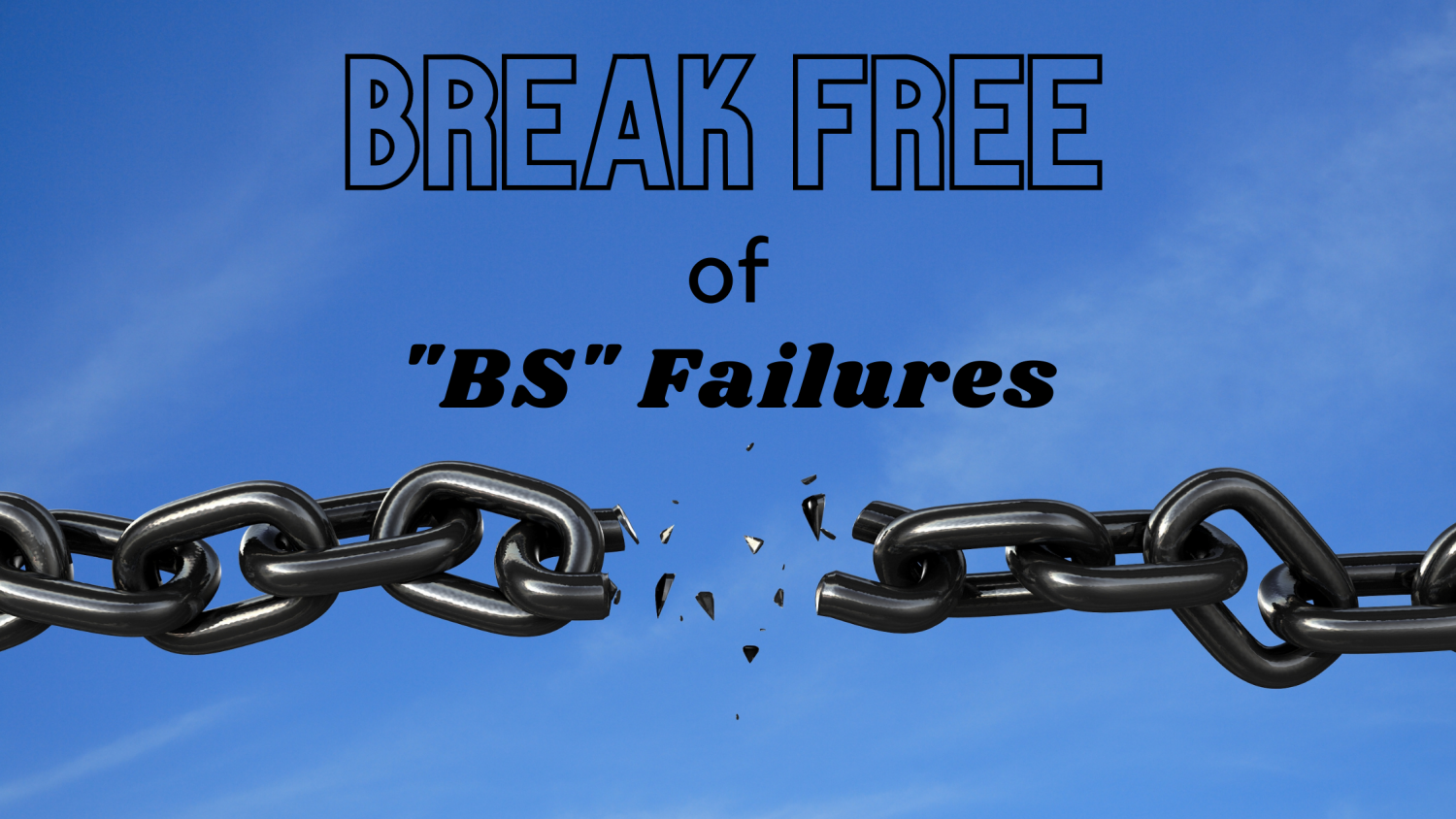 Have you ever heard of “Self-Limiting Beliefs”? My friends like to call it “BS” Failure, or a Belief System Failure. We ALL have SLB’s (Self-Limiting Beliefs). I know as an entrepreneur I have found a number of instances where my own perceptions and fears have held me back from taking important leaps. Some were merely delayed, some were wholly missed opportunities. What I find I tend to not have are SLB’s in the realm of creative permission.

In keeping with the theme of the previous blog about, “How I Get My Creative Energy” I thought it prudent to talk about this important aspect of creativity.

Let’s start with some quotes I believe to be true:

My philosophy on many things is just this logic flow:

You might say that if your mind can create the idea, and your heart can believe it is true and right, and your body can take the actions to work towards making this true and right thing into a reality, then you’ll see your “thing” come to be.

In my creative pursuits, I have this thing that happens where I have an idea and I just decide it will be so. It will be a reality. There’s not really an option. Now, that’s not a dogmatic pigheadedness that says that if I want to defy gravity I can, no, it’s a belief that is so real that it cannot be not-so. In those situations, I can conceive of no alternate universe where this idea will not eventually exist. It’s not an obstinate position or defiant of anything, I’ve discovered that seems almost that I am being naive.

I’ve done this my whole life. At the age of four, I started a business. Not a playshop in my bedroom, and not selling lemonade for a quarter and never running the math to see that most childhood lemonade stands are the equivalent of a government-subsidized organization (parent funds being a child’s “government funds”). No, I really started a manufacturing concern with the help of my grandparents. There was seed investment, payback expectations, and more. Sure, there was no paid labor (My hours were unaccounted for and my Mentor-Teacher-Grandfather was a funder who was paid back for cash investment but not time invested). The business operations activities focused on materials in and product out and never accounted for manpower but I was FOUR YEARS OLD so cut me some slack. Our product? Key racks. Key racks, for the uninitiated, are those handy hook panels that hold keyrings near your main entrance of a home or office. Our simple key rack product landed a healthy $1K+ gross in year one, with enough profit to buy more gifts for my parents than they could buy me at Christmas. Adjusting for inflation from 1984 to 2021, I’d grossed in excess of the modern equivalent of $2500 USD.

Why did I think I could do this? What gives a child the guts, moxie, and permission to succeed pre-kindergarten at an adult’s game? Well, put simply, I had no clue nor interest in the idea that there were limitations. And, lucky for me, my grandparents supported my “delusions”.

I’m oft reminded of Bugs Bunny when I think of this. In one of my favorite of his cartoons, he is on a plane that is stalled, on fire, and plummeting to an inevitable explosive demise as it crashes towards the earth. Out of nowhere, and with little explanation, the plane halts as if it has breaks and Bugs Bunny calmly steps off the plane wing – carrot in hand – and breaks the fourth wall as he looks at the audience and says, “Ehhhh, what? I don’t believe in gravity!”. Bugs doesn’t believe in gravity ergo he can defy gravity. I too didn’t believe in “kids can’t own profitable businesses nor could a child start one”. So, I went ahead and did just that.

I did this at 8 when we moved from key racks to homemade Christmas ornaments that we sold door to door. I did this at 10 when I was a fat, slow fourth-grader who decided I was going to be a baseball catcher in a league for 11-13-year-olds and somehow just did it. Sure, it took work and some real humiliation in the process but I just plodded forward in my pursuit because, well… simply put, I was going to be a catcher so… there.

Who else is naive? My favorite example is Walt Disney. Mister “If you can Dream it You can Do It” himself was a fool to many. He failed often and in big ways yet… in true “John Maxwell Style”, he chose to see failure merely as a learning experience. I have a lot of parallels to Walt’s life. His father was a rapscallion, as was mine. His family poor, as was mine – yet somehow we lived richly in many ways. His business met with disasters – I’ve been there. Yet, he pressed on and had immeasurable wins. I can’t say I have the wins to match but life is good and wins are plentiful. I look to Walt, not as a life guide but as an affirmation that strategic naivety is likely a boon to the soul and most of our pursuits.

So, back to creative pursuits. That naive part of me always chuckles and shrugs as I blurt a happy “why not” (if not aloud, definitely in my heart). The idea I had in the moment of creative clarity is the idea that I love. It’s the idea I know can work. And, no matter how insurmountable the odds are that I can make it real, I somehow also know that there’s no rule that I can’t be the person to do it. Why not me? Frankly, there isn’t a reason it can’t be me who does the new thing.

Imagine any situation where people grounded in reality say, “that can’t be done” or “smarter people have tried and failed”. What if, in those moments, you can’t find it in your being to buy into their disbelief. What if you believe not that “it can be done” but that IT WILL BE DONE and IT WILL BE DONE BY YOU! What if you have so abandoned Self-Limiting Beliefs that you find it hard to picture a time when you had any SLB’s at all?!

You can’t just adopt the “why not me” attitude. This takes work. I’d encourage you today to read the book, “Think and Grow Rich” by Napoleon Hill. His explanation of how to achieve a major goal by leveraging the principle of autosuggestion is a powerful principle.

In short, his theory — which I know to be true for myself — is that if you tell yourself the same story about yourself every day twice a day until that story becomes a reality within you, you will find that it indeed becomes reality in your life that others can experience as well. So, you want to become the CEO of a Fortune 500 Company (I don’t, ever, but this is an example so go with me)? Tell yourself that twice a day, in detail of both the end destination and how you’ll get there, and you WILL get there. I do this and it has absolutely changed my behavior and slayed the dragon of Self-Limiting Beliefs (READ: doubt). And, for some reason, I don’t have this problem with creative projects. I see something that ought to be and have an absolute belief that it will be so and then it does become so. Often with great toil and sweat, but it works.

Your excuses usually indicate you have SLB’s inhibiting your vision. Your inaction is often an SLB problem too. Your inability to accomplish that thing you know is critically important, yet you can’t do it… yep, SLB’s are right in there somewhere mucking your success potential up. This is a broader lesson than just creativity but, if you have a creative block, you would do well to find your way to slay the dragon of SLB’s because your blockage is often tied at the neck to that obstacle.

In fact, I should end with one of my favorite philosophers Jean-Paul Sartre. I’m no existentialist but I have always greatly appreciated this one notion from JP Sartre. He said, and I paraphrase, “You are who you will become”. You today are the image of your future self in some way. This aligns so perfectly with Hill’s principle of autosuggestion that I will connect this for you now. Hill suggests that you tell yourself a story – even if today you see it as a white lie – and you say it twice daily to help fool your subconscious into helping, you become the future vision of yourself. Sartre is essentially saying the same. You are now who you believe your future self to be. Your belief in your path, your future, will determine where you go and this applies to every pursuit in life which, includes Creativity.