The Illusion of Safety 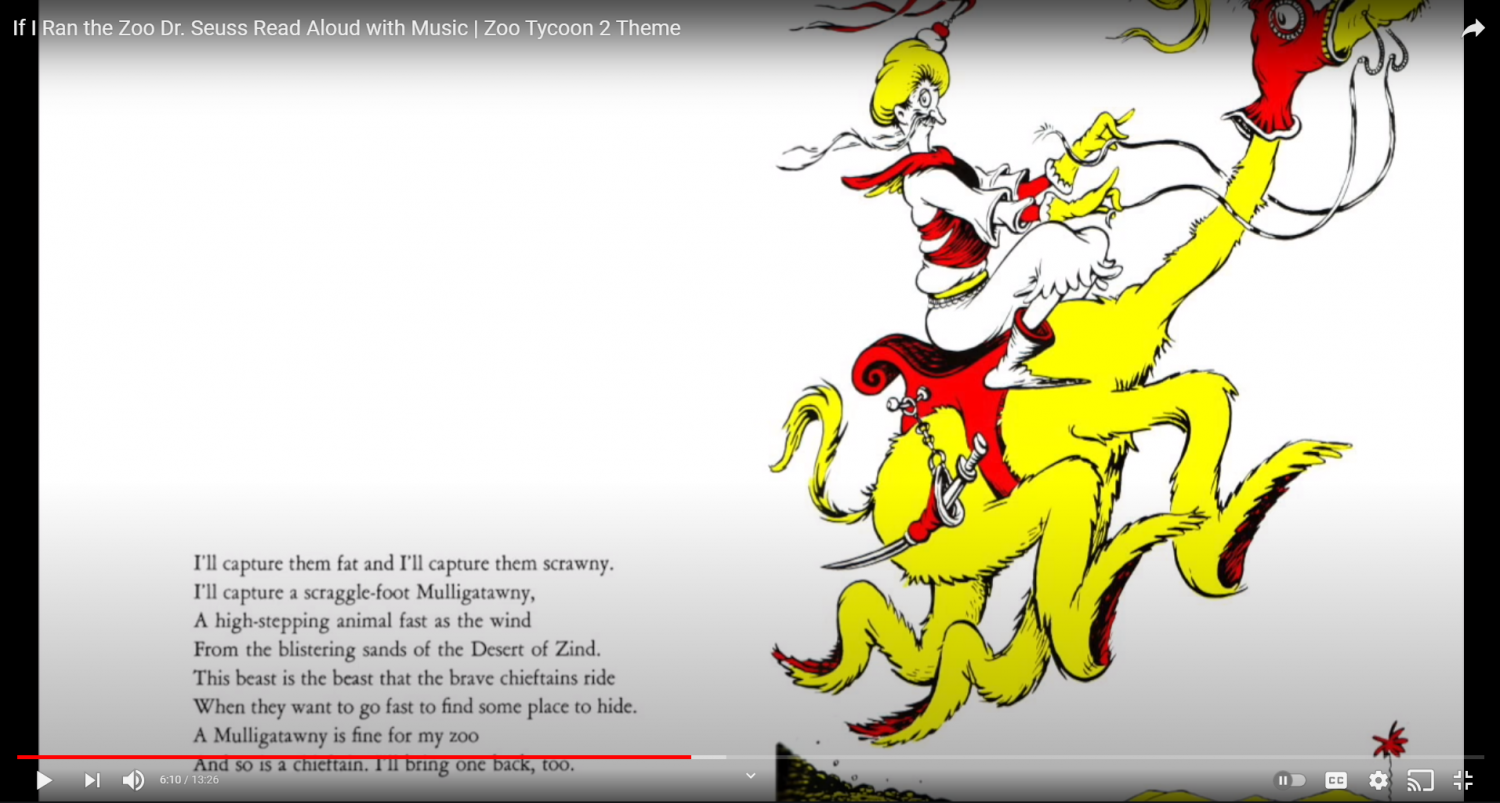 As a marketer, I find 2020-21 a fascinating cautionary tale regarding so many things… Marketing mix, messaging choices, optics.

January 6th, 2021. Donald Trump is “de-platformed” from Twitter. Within hours, more are de-platformed including but not limited to Parler, the seemingly conservative social media app. Here at C47 we began to notice that ads were being challenged more and more on Facebook. We had much revision to do. A few never ran, and if you know Facebook’s platform and structure then you know that there’s no hotline to call and get help or complain. Things were changing fast.

Weeks later I can see with 20/20 hindsight that the world did not come to a full halt, and most has gone back to status quo for the average marketer BUT, that does not mean we can’t sit up and take notice.

In 2020, President Trump went after TikTok – what if he had succeeded in blocking it in the US?

In 2021, rumors abound that Telegram may be removed from App Stores (and they seem to be just that, rumors).

What happens to your marketing when your platform of choice does something to “do you in”? What if new, big fees are attached? What if the function or feature you need goes away? What if the Tech Giants of this world topple? What then?

The idea of the “marketing mix” we all learned in 101 level business classes in college is this: we have a bucket of time and money that we can spend on marketing and we have to wisely spread it across the right options to hopefully have the ideal mix to attract customers. In modern times, the “marketing mix” idea has become a lazy act of putting a “different looking” ad on Facebook compared to the last ad on Facebook. Let’s say it out loud,

Facebook is a tool in your toolkit. Once upon a time, we didn’t have social media and we had “ad buys” that we could do in TV, News Print, Environmentals (Billboards and Bus Stops), and maybe events and street teams. Oh, and snail-mail… that’s been a go-to for seemingly eons. Facebook and any other social platform fall into this list but it in and of itself is no strategy. In fact, for a business that intends to last long, it’s a dangerous strategy.

Consider the “funnel crowd” who sells digital courses and uses Facebook to attract their leads. What if Facebook were busted up as a monopoly? (Prediction: It won’t happen under President Biden). What if your power in funneling went away? That’s the only resource most of the funnel crowd has – business busts the day the giant falls. Not good.

I know a few who say, “Ah, but I’m on Instagram, too!”. It’s still Facebook. In the same way a mutual fund diversifies by design, we too must spread our risk exposure in these modern times of marketing.

Let’s get real and talk about what your marketing mix MUST include for your safety.

Again, I fall to politics to make some observations about human behavior and messaging.

In 2020, the MAGA crowd marched on with the repeated chant that we must continue to Make America Great Again. In 2021, the Biden presidency came out late with a BBB chant of Build Back Better. Just in slogan application alone, there’s no comparison. MAGA was a mantra more than a slogan and it was everpresent. Like it or not, it worked in 2016 and maintained strength for 4 years. BBB, Build Back Better, came out very late and was buried by a news cycle that almost completely ignored the idea. Messaging lands when you choose to land it – high-frequency messaging works. That’s the lesson.

The high-frequency messaging that did work: The Media. The Biden messaging that did work was a barrage of anti-Trump messaging that largely ignored any promises or ideas from the left. It was a daily, nay, hourly chant for the end of the Trump Administration. The lesson, political proclivity aside, is that the more you say something the more power it has. In fact, there’s a famous quote from Lenin himself is that “A Lie told often enough become the truth”. Well, anything told enough becomes more powerful than it had been before the repetition. Don’t we see this in every aspect of life? Practice makes perfect, right? What is practice but repetition that builds memory, skill, and understanding? Repeating your mantra to your target is exactly that: Practice. Practice for them. 2020’s election cycle reinforces the truth that this works.

Your messaging, no matter how strong, cannot overcome extreme frequency and high reach within your audience. If we start a “Honda Sucks” campaign and point to some true or untrue idea of how they are no good, we can hurt Honda (they make a great car, don’t do that). Any brand, good or bad, is subject to high frequency and high reach pervasive messaging. Where Biden’s BBB failed, the Media took over and won the public perception game for him.

Back to the title, “The Illusion of Safety”.

In recent days we saw “Doctor Seuss Cancelled”. Hmmmm… Is that true or is it actually an optical illusion?

We’ve seen the recent cancellation of historical figures – statues coming down, condemnation of bygone characters, etc. We’ve also seen the recent cancellation of celebrities and brands, Jeremy Renner is a target for allegedly biting his children and Gina Cerrano is allegedly a, well, I’m not sure they said she was anything other than a conservative “Tweeter”. In both cases, the online mob came for them and the employers of these celebs are responding in a reactive, crisis management style response. Employers feel their brand messaging has been hijacked by negative celebrity activity and they are choosing sides. With reservation of judgment regarding the reactions and also regarding the celebrities it is helpful to recognize that public perception has been thrown to wolves and people feel entitled to mob justice of their own design. Cancellation.

No matter how safe you may feel, you are one oops away from putting your foot in your mouth with the wrong crowd. Given that reality, optics matters greatly. Now, this is where my grandfather Ed Waltz comes into my head and says to me again, “if you stand for nothing you’ll fall for anything”. And then my friend Terry Weaver of the Making Elephants Fly podcast says, “I’m not for everyone, and you shouldn’t be for everyone, too”. Both are right – because you must get noticed in this world you must be noticeable. Straddling the fence too much means you’ll be wholly unremarkable (and also have a rash). You don’t have to have a political stance but you have to do something- anything; and anything right now can be offensive. That said, there’s hot buttons that we must avoid or own, and understand the optics that are associated with them. We can’t fall into the illusion that saying something of value is safe, it isn’t.

A shortlist of dangerous topics that we can easily identify include:

Sadly, since each of these is pervasive in society, especially gender – we’ve got men and women running around this world and we can’t stop them from being something so we’re gonna call he/she/it/them/they/hey-you/dude-man/dude-lady/other/nother “the wrong thing” depending on who is in the room. Trust me, you will goof this up. So, get ready. Heck, this whole blog is probably a live wire.

But I say all of this to analyze the mastery that is the Dr Seuss debacle of 2021 and marvel at their mastery of optics. So let’s start with what I know from doing some lite digging:

I went and found each of the texts canceled but it was difficult because, along with the Dr Seuss announcement, Amazon and Barnes & Noble stopped selling the books whether there was stock left or not (it is unclear to me if it was print on demand or not, though I doubt it was). Ebay also stopped allowing resale of the texts. These books, for all intents, and purposes are now banned from all American society. What happened here?

To say Seuss texts weren’t canceled is untrue, tech giants and other online retailers did the work to cancel the texts but they did this only AFTER Seuss prompted it. Seuss, using the optics of an as of yet unrequested mia culpa opened the door to self-cancel six texts. Why? I think I know.

Dr Seuss, who is really Artist and Author Theodor Geisel, did a lot of political cartoons early in his career. Sadly, he like many in his time were at best tone deaf if not outwardly racist in his satirical art. His depiction of Black Americans was that of the picannany and it was bad then and bad now. His history of doing this, not in his children’s work much at all, but in his oldest, adult-focused political work, was prime for a modern cancellation. Think of how it could have gone for them had his old, racist work, been discovered by the mob. Their logic is, “someone transgressed deep in their past, they must be punished”. There’s no room with the mob mentality to see how people may have grown, and there’s little to no room to separate someone’s good work from someone’s bad work. In time, Geisel’s racist work in his youngest days would have been the demise of his legacy and the business associated with it. Dr. Seuss Enterprises took a wise PR gamble and self-canceled their own work to play the optics chess game BEFORE the mob got to them.

Lessons in messaging optics are these:

On the note of the tech giants. This reinforces my recent concern for many marketers that online platforms are not rocks to stand on but they are shifting sands. You could climb higher or be buried depending on how the sands shift. The giants in the Seuss story had to pull the books to save face. Seuss forced that play, and then the optics for the tech giants was that they are the censors – the “book banners” or “digital book burners” as I’ve seen them called. We can’t know that, we can reasonably assume that they were reacting to an anticipated outcry from the mob that they were being profiteers and racially insensitive by allowing further sales of remaining book stock. We’ll never know if it was care for others or care for self that motivated their decision, and to fellow marketers, it doesn’t matter. We can simply know that it happened and it will happen to more businesses as the mob moves on.

(Oh, and by the way… Amazon and Seuss are making money like crazy from this. There’s a frenzy to buy non-banned Suess books right now.

You aren’t safe, so take the risk.

Your brand was never safe. It feels like there was a time where it was safer to expose our brand and try things out and risk little. Today, all eyes are everywhere on everything. We are being watched – and that’s good news to a large degree! We, marketers, want to be seen. So, in an unsafe world where lighting could strike you dead today know that it could get your brand too and we can’t stop it. We must choose to live, knowing the risks and accepting them. I advocate that you try to be a good human running a good business for humans with a focus on good things. Why not, right? But, even with all the good intentions we flawed humans may hit a snag and in those cases, know it was coming, accept that you have the situation at hand, and be a good human as you solve it. Own mistakes, learn, grow, and don’t forget to fight for your business’ right to see another day.