Movie Magic and the Artist’s Lie 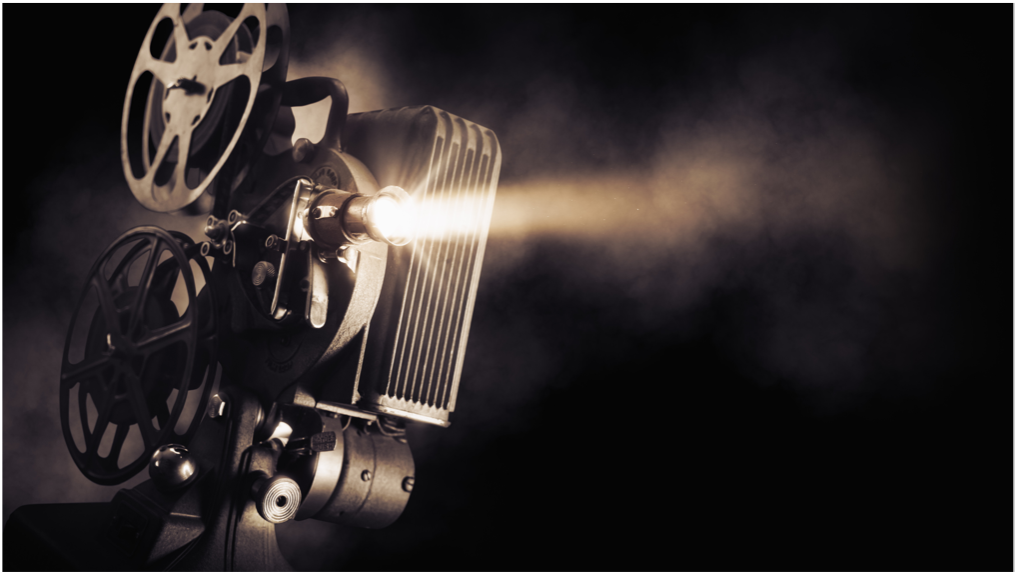 The term “Movie Magic” has so many elements of truth to it.  There is truly something magical to watching a great story in motion.  It used to be that “Movie Magic” was full of wonder at how things were accomplished but in the modern age of everyone being able to capture video and edit on their phones, some of that aspect of magic has had the curtain lifted. The basics of the technology – a great camera – are in every pocket in the western world.  You may not run around with a lighting crew and have craft service tables full of green M&M’s and fresh fruit but you’re a million miles ahead of would-be filmmakers 30 years ago and you may not have the slightest desire to be one!

Though you have some critical tech, for many people there is still a feeling of mystique in relation to how a great story is delivered.  A funny uncle tells funny stories, but can he make a funny movie? Likely not. Someone who has read every romance novel on the checkout shelves probably can’t create a dramatic romance film either. You see that’s where we artists come in.  Yes, it is we who take the tech that you hold and merge it with the mysterious “It” and make a story sing.  We bring the art!

If you can’t sense my sarcasm – often lost in the written word – know that I don’t buy it.  Sure, I’m an artist in some ways, but I’m a businessman first.  Some people think I’m pretty darn advanced and talented at delivering on an emotion in motion picture. Artists want you to believe that they have a certain genetic disposition towards their craft. They’d love you to feel like they can do what you cannot and therefor they are somehow above. Above what?  Not youbut you know… Above.

Which means, ABOVE YOU!

The truth is though, that this ALL begins, ends and pivots on project management – NOT ART.  A let down, I know.  I’d much rather be the beret wearing bearded hipster with an unmatched and nearly spiritual connection to the essence of story. Beards are itchy and it’s hard to get away with wearing a poncho to a black-tie event when people realize that you’re actually NOT a quirky artist.  (There goes that lifestyle choice!)

Speaking of ponchos, an experience I had in college has shaped my view of how I create a film. I’d like to share this with you because it was particularly startling to my young worldview but, as an adult 40 years of age, I’ve come to appreciate it so much.  It was 2002 and I was seated in a professor’s office.  I remember the 1970’s inspired, desert burnt orange because it was everywhere – the carpet, the upholstery, even Dr. Northwood’s poncho and scarf (she made it work).  The books on the shelf were from the Loeb Classical Library.  Heady, small, green books – all philosophy – which was one of my three undergrad degrees.  I was called in to discuss an exegesis (a paper) I wrote.  I had been proud of my paper. It was full of my own ideas.  It was full of analysis, but I had really put my own worldview into the paper.  She destroyed it.  Shredded like a wolverine on a carcass.  I was mystified at how she couldn’t see my mastery.

Dr. Northwood explained to me one key thing: I’m not allowed to have my own ideas until I’m 40.  I’m 40 now so if she’s right then I’ve been breaking some rules. Her rule was an unofficial philosophy maxim that indicated that the Master of Philosophy, the ones we actually call “Philosophers”, have the ideas and it is on us to interpret, learn, and churn on their ideas.  Make connections but don’t add to them.  Build new understanding but don’t editorialize.  It was depth of experience and knowledge she indicated that I had not had time to build.  She was right, I knew it though I didn’t want to admit it.  How, then, do I interpret their work and build without editorializing? Answer: I create a proper exegesis.  I pick an aspect, an angle, of a text and I carefully lay out the points in a logical proof.  I make that into an outline.  Then, I write details into that outline. Then I write a draft, I revise, and then I get to ask a reader for help.  More revisions, more help, more revisions and then… I MIGHT be ready for prime time.

I wound up with a 3.7 grade point average in my philosophy degree.  Not too bad!  Had I not followed the formula and submitted to the confines of a proper exegesis I’d have failed.  I’d also have not become a proficient screenwriter; I am VERY regimented about story flow by outline. I also would not have become a proficient producer.  Yes, this lesson helped me become a producer.  You see, organization and outlining and staying within the formula is freeing.  It does not reduce creativity. It frees you to know that you’ve created an atmosphere where each professional is released to excel.

The process seemed limiting in my philosophy degree, until I saw it for what it was… the formality that put all practitioners of philosophy on a plane where we can connect.  Structure is also what promotes the process of film and video creation.  This is why I feel this series has value for you.  It’s the rules for how to produce. It’s the process. You’ll mold and break my rules over time, but the overall structure has merit and bears fruit, I promise. Really, to me, the curtain that has yet to be pulled back on the magic of motion picture is this process for how to produce for success.

I get this question from advertising clients all the time: “what is your process?”.  They rightly want to know what to expect.  Every marketer, every advertising pro, every marketing director, and small businesses owners ought to at least see what this process looks like.

I’ve come to the belief that ‘You will produce a video’.  I believe I’m right.  It’s pretty much a guarantee that at the very least you will commission a video if you are any level of business leadership. You need to know What to Expect when you’re Expecting a Video Production (the original title for this work)!  I really want you to see behind the producer’s part of the curtain.  It will help you find new levels of efficiency and success.

If there’s one thing that I have to be honest with myself about is that something in me still longs to be seen as an artist.  I love everything in motion picture – movies and TV, commercials and Facebook Lives.  I’m in awe of any content that moves me at the soul level and I strive in every one of my works to move a viewer.  In some ways, what keeps me in the pursuit of motion picture in any way it comes is the fanciful notion that I can be, for even a moment, the artist.  Just like the college kid who found out he’s not allowed to be a philosopher (yet), you may feel that you were just told you’re not allow to be a motion picture artist.  Deflating, isn’t it?  I don’t mean it to be so and I hope that you take this one more moment of philosophy as a north star.

Jean Paul Sartre is a Philosopher who, among many of his quotables, said “You are who you will become”.  Without adding a chapter on this very subject, let me distill it into this truth:  If you intend to become great at something, something that has a title – Filmmaker, Ad Exec, Tennis Pro, Pulitzer Winner, Philosopher, Etc. – then you ARE that because you are on that journey.  I’ve made movies but until I did that, I was a guy who was on a journey to make movies.  If you are not on the pathway to your goal, then you’re destined to never get there.  Many people, myself included, would liken Sartre’s ideas to The Law of Attraction which is often called “The Secret” by people in self-development circles.  If you call something into existence by believing it so deeply that you cannot see your future any other way, then you will have it.  That’s how it works.

Napoleon Hill, author of Think and Grow Rich would tell you that it is all a white lie that you tell your subconscious that you actually are what you intend to be.  Let’s go with that.  Lie to yourself, right now, that you are a motion picture artist skilled in the very type of video content you desire to master.  It’ll become truer every day as long as you keep the belief alive in you.

So, now, artist… stay tuned. Next post coming soon.  (Link to Next Blog)

Josh is the executive producer of C47 Film Associates. C47 Films has produced one feature film which is available on Amazon Prime, three TV Series, eight documentaries, and TV and web ads for brands as various as Kodak, The John Maxwell Team, and the US Department of Labor. Josh Speaks at events on the topics of video branding, how to stand out as a professional, and the power of purpose. Josh lives in Orlando Florida where he, his wife Shannon nd their three amazing kids play on the beach or in magical castles as often as possible. https://c47films.com/gary-vaynerchuk-says-im-right/