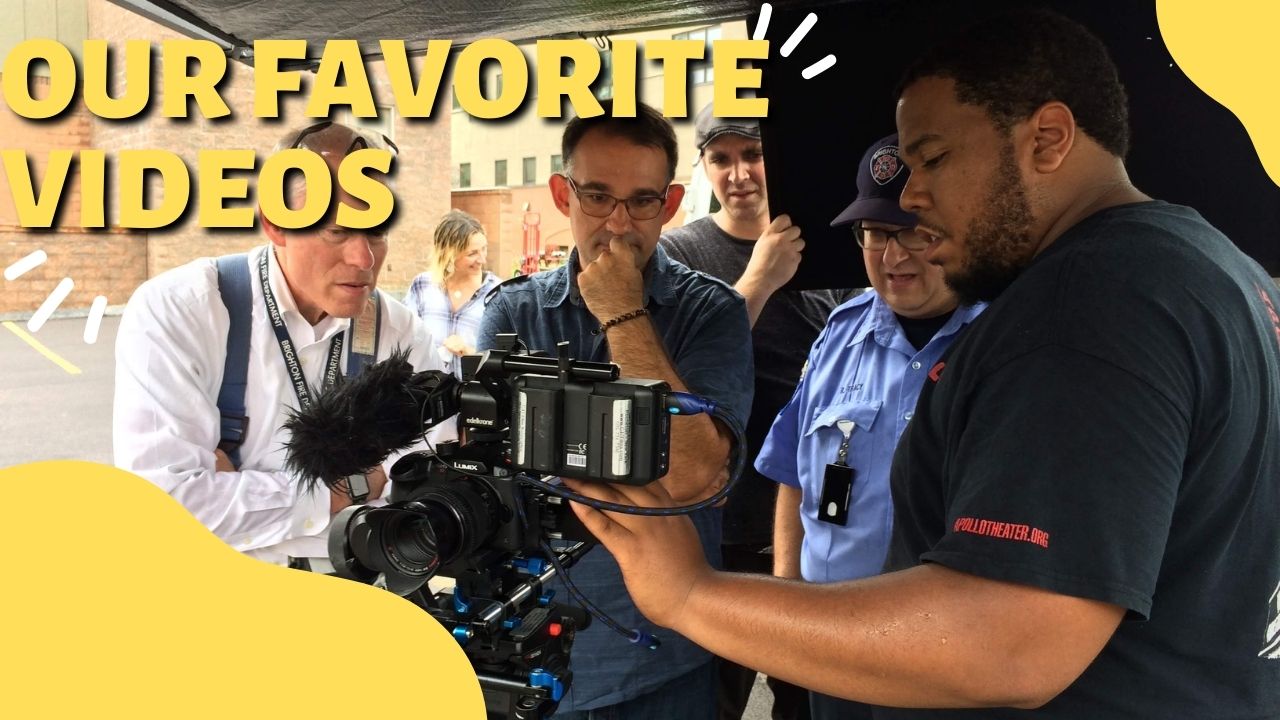 I stood in my Kissimmee Florida office – I stand at my desk, rarely do I ever sit – and read the email. A new potential partner agency asked to meet with us and hear about our favorite projects. “What a neat ice breaker!”, I thought to myself. Then I realized that C47 Film Associates has been creating video content for 13 years and we have had some brilliant adventures! Our list of favorites is as deep as it is wide! Frozen. I was FROZEN because we have too many amazing video clients, video production partners, and amazing success stories. This is the part where I pause and say, “Thank YOU!” to all of our clients and partners. We wouldn’t do this work if it were not such fun and you make it fun!

This is the part where I pause and say, “Thank YOU!” to all of our clients and parnters. 🙂

Back to the point… What do we storytell about??? What is our “Favorite”??

At this point in writing this blog, I feel stumped but maybe if you and I, dear Reader, talk it out we can figure it out together.

Even with all those stories as representative of the myriad we have to tell about work we’ve done, I can’t help but feel like I’m off-target. What do I (me personally) celebrate? When do we as a team really get charged up? For me there are two times I go bonkers with excitement. The first, and less important, is when people cannot believe we just did “that”. When we shock, surprise, delight, wow, awe and sometimes even when we break taboos in a way that really confuses people I get a charge out of the responses because I know we did something notable. I like that.

The second and more valuable is when I hear a client success story. When I hear, “we got the meeting” and “the deal is done!” and “Our team is stronger than ever” or “We sold 1000 units!” I get REALLY excited because that is where our clients thrive. The people who trusted us to care for them are meeting and exceeding their desired goals. That’s magical.

For nearly a decade, we’ve created videos for Foster Care and Child Protective Services in conjunction with our agency partner Metrix Marketing. Our video work is largely social media video shorts that are success story based works. These heartwarming stories clearly elicit a response because the number of people who sign up for Foster Care Information Sessions is through the roof! Additionally, CPS across the United States traditionally struggles to recruit people to work for them due to the perception that it’s a bunch of people taking kids from families. Our videos help dispel that myth and because of the campaigns associated with them CPS Caseworker applications are also at record highs. That level of success is very exciting.

We LOVE it when our clients “Get Attention” (That’s a pet phrase of ours at C47). Our client at Waterstone Mortgage has had two notable wins. The first is with his referral partner videos. He has us create a joint video with his team and a realtor partner where they feature a listing together. In one instance it was a $2.5M mansion and our video was the only marketing video attached to that property. With a strategic media buy on social media we helped get this home sold, cash, within 3 days. Nice!

Additionally, our client’s practice relies on referrals so building referral relationships is key. Unfortunately, that is difficult in real estate as so many people already have alliances. To open a door to a good conversation can be challenging. We at C47 have a VERY Strategic offering called “Audience of 1”. We create an “invite to meet” video, we attach it to a custom URL, and then we pair that URL with an irresistible experience that is presented to this new, referral relationship target. Just last week our client landed a whale of a meeting because of our Audience of 1 tactic and now it’s simply to him and this new referral partner to get to know each other. Door successfully opened. BOOM!

Fundraising is hard. Fundraising during a pandemic is harder. Fundraising during a pandemic for lung issues when you are strictly prohibited from gathering because the pandemic is a respiratory illness and too risky is HARDEST! In 2020, C47 Films was introduced to the ALA of Central Florida and we found out that their fun event called Lip Sync For Lungs was going to be canceled. Why? Too risky. The problem: it was their only fundraiser for that half of the year. Well, that was unacceptable. Something had to be done. In partnership with the ALA we pivoted their event to all digital. We went from the performers performing live on stage in front of a live audience to performing on green screen in a studio and we then created goofy music videos for each performance. Then, we made a one-hour-long TV show out of the videos.

Just pulling off the show was a miracle because we were very short on time, the larger win was the cash flow. The American Lung Association of Central Florida’s Lip Sync For Lungs Battle brought in more than 15% over their revenue target! In a pandemic year, with no in-person attendance, and a near cancellation that would have netted less than $0 because of some sunk costs, we CRUSHED the targets.

The final “Favorite” in this list stands out for a few reasons. When we were a young business we did small gigs to get by, and of course we had revenues from our short films. That work fed us alright, but it wasn’t “next level”. That didn’t happen until ProTech Manufacutring, the world’s leading box-style snowplow manufacturer, trusted us to tell a documentary story about snowplowing. It sounds almost silly to an outsider to say that a documentary on that industry would be worth while or even interesting but trust me – the drama is real and the action is very cool (well… freezing cold actually). We spent 7 months freezing our butts of filming and then editing this 30m documentary in order to present it to the North American SIMA Tradeshow (SIMA is the Snow and Ice Management Association). The response at the premiere was EPIC. The lifetime of value on the film is still noteworthy. I get calls to this day thanking us for making the documentary and ProTech STILL to this day is credited with the term SnoFighter (which C47 coined for them). Their snowplows are the only plow on the planet that true SnoFighters use. It’s been 12 years since Project SnoFighter was released and in that time it has affected an entire industry. We hear stories of pride. We hear tales about how, “My kids didn’t know what I do until your film and now they’re proud of their dad… thank you!”. This, right here, is why we do what we do.

The power of motion picture to change hearts and minds is real.

Those moments where it actually happens are, by far and away, my absolute favorite.

Josh is the executive producer of C47 Film Associates. C47 Films has produced one feature film which is available on Amazon Prime, three TV Series, eight documentaries, and TV and web ads for brands as varied as Kodak, The John Maxwell Team, and the US Department of Labor. Josh Speaks at events on the topics of video branding, how to stand out as a professional, and the power of purpose. Josh lives in Kissimmee Florida where he, his wife Shannon, and their three amazing kids play on the beach or in magical castles as often as possible. Josh also serves on the Kissimmee FL City Council Charter School Board and volunteers as a Board Member/Advisor to Paving The Way, a Human Trafficking Awareness Non-Profit in Orlando Florida.

Find us on DesignRush at: