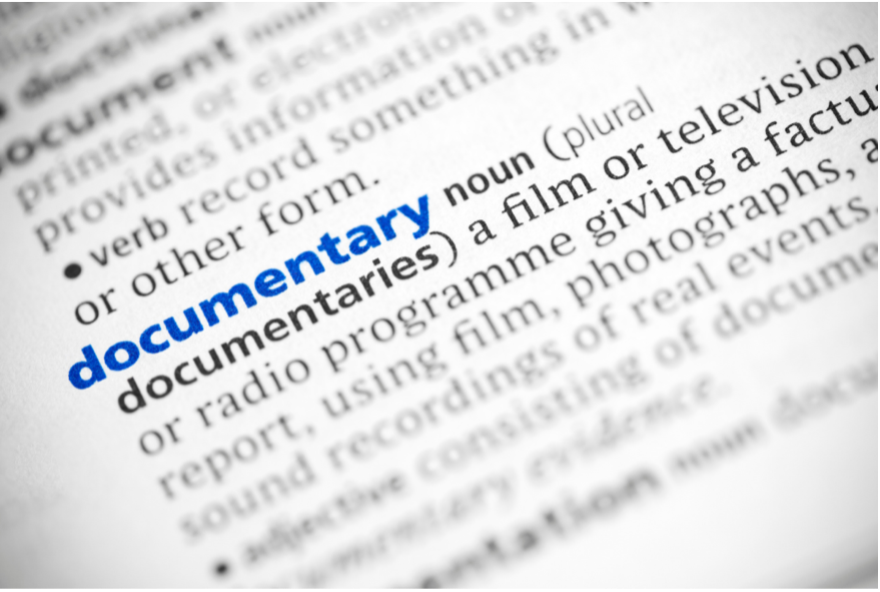 Documentary (interview-based, broadcast news magazine style – think 60 Minutes on CBS) Commercial Production is nearly the same flow as a Narrative.  There are nuanced differences that are SUPER important but there are not too many of them.  The additions/changes to the workflow are as follows:

Check on the way into the project so that you have a reasonable belief that you will gain access to the right people/places/artifacts you need to feature.  You may learn about more along the way but usually, you are going into this type of work on a mission to make a point – often a testimonial or a story of success.  Be sure you have a shot at the goal.

You can’t write a script before you have interviews “in-the-can” (filmed).  If you do, you will end up asking interviewees who are non-actors to act.  You also may be putting words in their mouths and causing them great discomfort. You may even accidentally set them up to lie. And if they are nice and compliant people, you may not know until it’s too late.

Let me tell you a quick but important story on this note.  I was on set once where our project was to get career profiles for an education group to share with students.  Essentially, these were videos to help guidance counselors inspire kids about careers.  I was DP (Director of Photography) and the producer who was asking the questions was on a mission.  She knew which topics she had yet to get for her overall project and she arrived on the set with preconceived notions of what the interviewees did at work. She proceeded to ask questions and get true answers that frustrated her because they didn’t match her preconceived notions.  She pivoted to feeding lines to the interviewees.  The interviewees told her that they don’t actually do what she required them to say. Nevertheless, she coaxed them into just spitting back her version of their world (It was all men being interviewed and she was young and pretty – I don’t think I’d have gotten away with this).

Sadly, a few bad things happened.  First, the interviewees were made to lie. Second, because of this, they were very put off by the experience which is bad juju at the very least.  Third, and likely the biggest tragedy, is the fact that kids are now viewing videos about careers and the information is false.  What a mess!

Then the producer moves the outline over to a proper A/V style script with appropriate timestamps associated with each quote and notes on B-roll pairings. Within the AV script you’ll also begin to note needs such as B-roll pairings with specific quotes, graphics needed (which include Lower 3rds, Title Sequences, Supporting Graphics, CGI moments, and more), and Voice Over inserts.

That’s it!  Therein lies your big difference. To basically sum it up: you don’t know what the interviewee will say on camera so you can’t really write a script, but you can pre-game it!